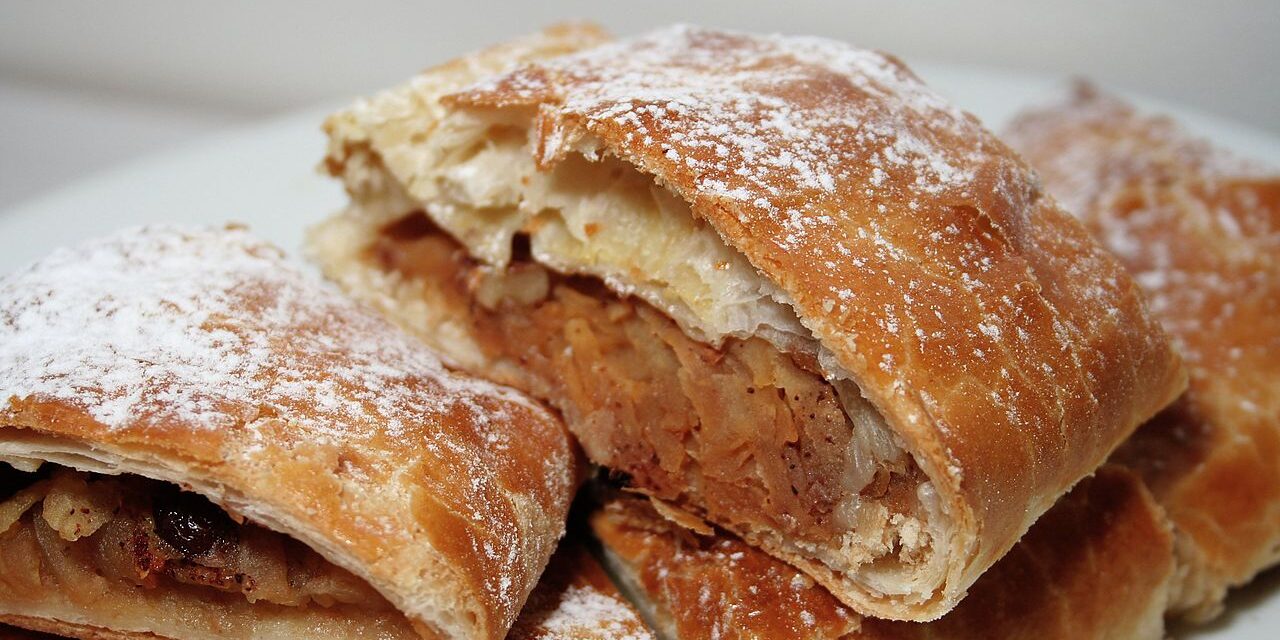 Apple strudel consists of an oblong strudel pastry jacket with an apple filling inside. The filling is made of grated cooking apples (usually of a tart, crisp and aromatic variety, such as Winesap apples) sugar, cinnamon, and bread crumbs.

Strudel uses an unleavened dough. The basic dough consists of flour, oil (or butter) and salt although as a household recipe, many variations exist.

Apple strudel dough is a thin, elastic dough, consisting of many thin layers and known as “Blätterteig”, the traditional preparation of which is a difficult process. The dough is kneaded by flogging, often against a tabletop. Dough that appears thick or lumpy after flogging is generally discarded and a new batch is started. After kneading, the dough is rested, then rolled out on a wide surface, and stretched until the dough reaches a thickness similar to phyllo. Cooks say that a single layer should be so thin that one can read a newspaper through it. The dough is also stretched carefully to make it large enough to cover the kneading table.

The filling is arranged in a line on a comparatively small section of dough, after which the dough is folded over the filling, and the remaining dough is wrapped around until all the dough has been used. The strudel is then oven-baked, and served warm. Apple strudel is traditionally served in slices, sprinkled with powdered sugar. 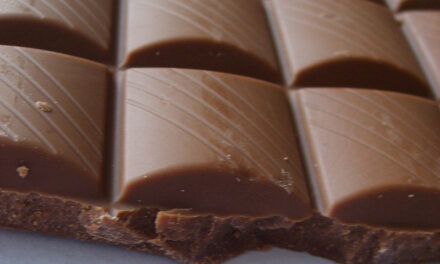 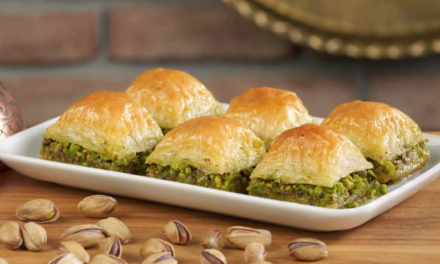