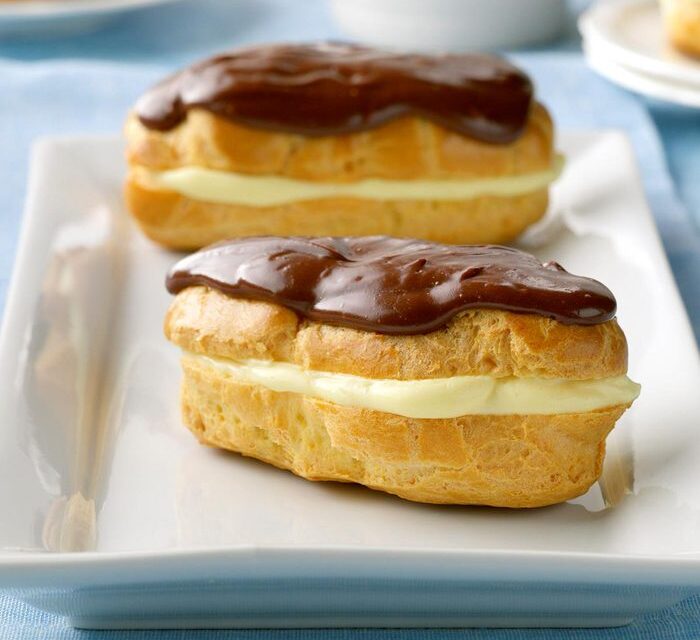 An eclair is a pastry made with choux dough filled with a cream and topped with a flavored icing. The dough, which is the same as that used for profiterole, is typically piped into an oblong shape with a pastry bag and baked until it is crisp and hollow inside. Once cool, the pastry is filled with custard or whipped cream, then iced with fondant icing. Other fillings include pistachio- and rum-flavoured custard, fruit-flavoured fillings, or chestnut purée. The icing is sometimes caramel. A similar pastry in a round rather than oblong shape is called a Religieuse.

The word comes from the French éclair, meaning “flash of lightning”, so named because it is eaten quickly (in a flash).

Image from Taste of Home 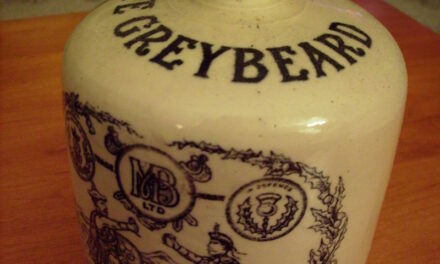