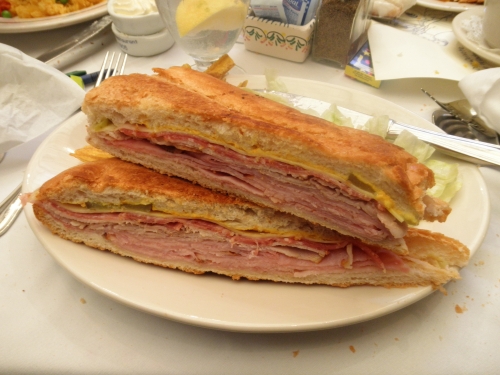 As with Cuban bread, the origin of the Cuban sandwich (sometimes called a “Cuban mix,” a “mixto,” a “Cuban pressed sandwich,” or a “Cubano” is murky. In the late 1800s and early 1900s, travel between Cuba and Florida was easy, especially from Key West and Tampa, and Cubans frequently sailed back and forth for employment, pleasure, and family visits. Because of this constant and largely undocumented movement of people, culture and ideas, it is impossible to say exactly when or where the Cuban sandwich originated.

The cigar industry in Florida shifted to Tampa in the mid-1880s, when the immigrant community of Ybor City was founded by cigar manufacturer Vicente Martinez-Ybor. Tens of thousands of Cuban, Spanish, and Italian workers moved to the area over following decades, jumpstarting the growth of Tampa from a village to a bustling city. The first recorded mentions of a distinct Cuban sandwich survive in descriptions of workers’ cafés in Ybor City and nearby West Tampa from around 1900, leading other historians to theorize that the sandwich as now constituted first appeared there.

By the 1960s, Cuban sandwiches were also common on Miami cafeteria and restaurant menus, as the city had gained a large influx of Cuban residents after Fidel Castro’s 1959 rise to power in their native land. The Communist Revolution caused a wave of Cuban expatriates to settle in other locations as well, and they brought their culture and cuisine with them. Cuban sandwiches and variations thereof are now served in various Cuban exile communities in places such as New York City, New Jersey, Chicago, and Puerto Rico, among others.

Although there is some debate as to the contents of a “true” Cuban sandwich, most are generally agreed upon. The traditional Cuban sandwich starts with Cuban bread. The loaf is sliced into lengths of 8–12 inches (20–30 cm), lightly buttered or brushed with olive oil on the crust, and cut in half horizontally. A coat of yellow mustard is spread on the bread and the meats are added in layers: roast pork (Pernil or sometimes marinated in mojo), glazed ham, and salami. Swiss cheese and thinly sliced dill pickles complete the traditional ingredients.

Once assembled, a Cuban sandwich can be toasted in a sandwich press called a plancha, which is similar to a panini press but without grooved surfaces. The plancha both heats and compresses the sandwich, which remains in the press until the bread surface is slightly crispy and the cheese has begun to melt. It is usually cut into diagonal halves before serving.

Contents and image from Wikipedia 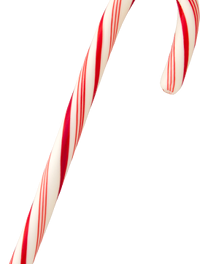