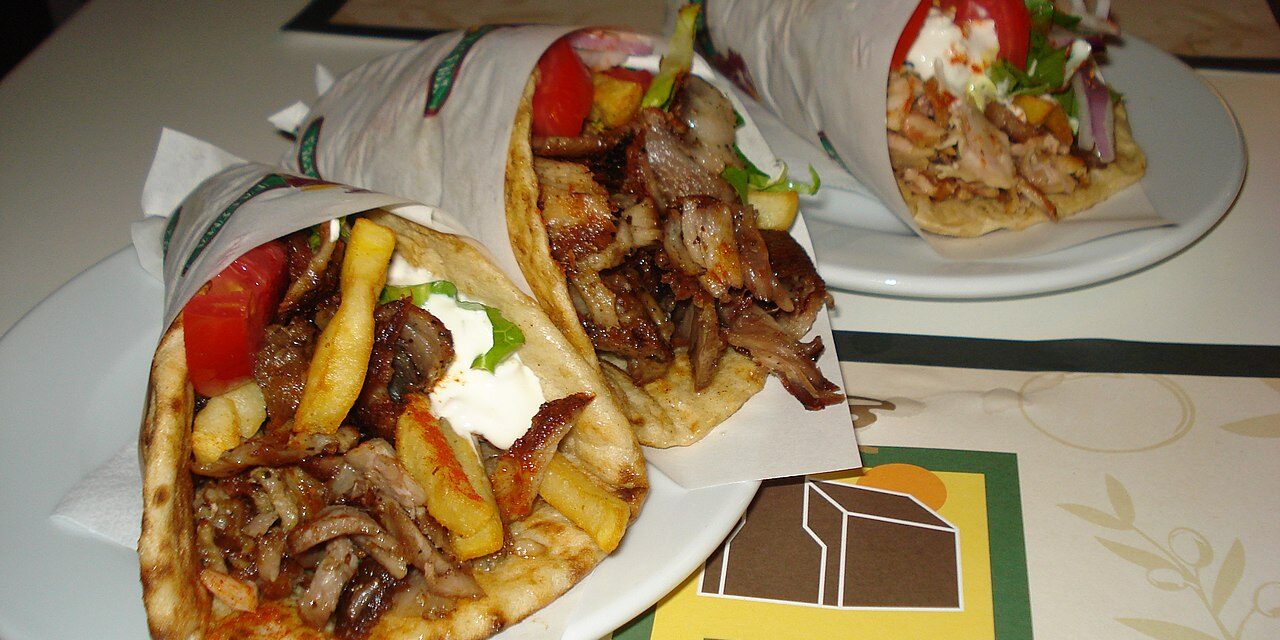 Grilling a vertical spit of stacked meat and slicing it off as it cooks was developed in Bursa in the 19th century in the Ottoman Empire. Following World War II, gyros were made with lamb in Athens and introduced by immigrants from Anatolia and the Middle East, possibly with the population exchange between Greece and Turkey. A distinct Greek variation developed, normally made with pork and served with tzatziki, which later became known as gyros.

By 1970, gyros wraps were already a popular fast food in Athens, as well as in Chicago and New York City. At that time, although vertical rotisseries were starting to be mass-produced in the US by Gyros Inc. of Chicago, the stacks of meat were still hand-made. There are several claimants to have introduced the first mass produced gyros to the United States.

The name comes from the Greek γύρος (gyros, ‘circle’ or ‘turn’), and is a calque of the Turkish word döner, from dönmek, also meaning “turn”. The word ντονέρ was criticized in mid-1970s Greece for being Turkish. The word gyro or gyros was already in use in American English by at least 1970. Some Greek restaurants in the US, such as the Syntagma Square in New York City—which can be seen briefly in the 1976 film Taxi Driver.

In Athens and other parts of southern Greece, the skewered meat dish elsewhere called souvlaki, is known as kalamaki, while souvlaki is a term used generally for gyros, kalamaki, and similar dishes.

In Greece, gyros is normally made with pork, though other meats are used in other countries. Chicken is common, and lamb or beef may be found more rarely. Typical American mass-produced gyros are made with finely ground beef mixed with lamb.

For hand-made gyros, meat is cut into approximately round, thin, flat slices, which are then stacked on a spit and seasoned. Fat trimmings are usually interspersed. Spices may include cumin, oregano, thyme, rosemary, and others. The pieces of meat, in the shape of an inverted cone, are placed on a tall vertical rotisserie, which turns slowly in front of a source of heat or broiler. As the cone cooks, lower parts are basted with the juices running off the upper parts. The outside of the meat is sliced vertically in thin, crisp shavings when done.

The rate of roasting can be adjusted by varying the intensity of the heat, the distance between the heat and the meat, and the speed of spit rotation, thus allowing the cook to adjust for varying rates of consumption.

In Greece, it is customarily served in an oiled, lightly grilled piece of pita, rolled up with sliced tomatoes, chopped onions, lettuce, and fried potatoes, topped with tzatziki or, sometimes in northern Greece, ketchup and/or mustard. 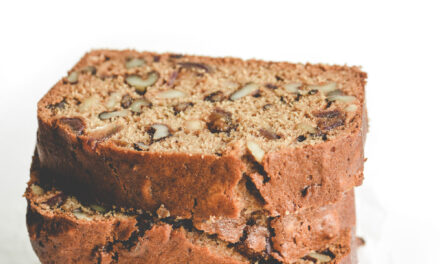 What You Need to Know About Green beans What You Need to Know About Salad Mixes