What is a Bell Pepper?

Bell peppers are a type of fruit that comes in different colors, including red, yellow, orange, green, white, chocolate, candy cane striped, and purple. They are sometimes grouped with less pungent chili varieties as “sweet peppers”. While they are fruits—botanically classified as berries—they are commonly used as a vegetable ingredient or side dish. Other varieties of the genus Capsicum, such as chili peppers, are typically spicier and used more commonly in dishes.

What is the history of Bell Peppers? Where did it come from?

Peppers are native to Mexico, Central America, and northern South America. They were domesticated more than 6,000 years ago and were one of the first crops to be cultivated in the Americas. Pepper seeds were imported to Spain in 1493 and then spread through Europe and Asia. The mild bell pepper cultivar was developed in the 1920s, in Szeged, Hungary. Bell peppers are now cultivated all over the world and are a common ingredient in many cuisines. They can be eaten raw, cooked, or pickled and are a popular addition to salads, sandwiches, pizzas, and stews.

1. Green bell peppers are the unripe fruit of the plant. They have a slightly bitter taste and are often used in savory dishes.

2. Red bell peppers are the ripe fruit of the plant. They have a sweet, fruity taste and are often used in salads or as garnish.

3. Yellow bell peppers are the ripe fruit of the plant. They have a sweet, fruity taste and are often used in salads or as garnish.

4. Orange bell peppers are the ripe fruit of the plant. They have a sweet, fruity taste and are often used in salads or as garnish.

5. Purple bell peppers are the unripe fruit of the plant. They have a slightly bitter taste and are often used in savory dishes.

6. Brown bell peppers are the unripe fruit of the plant. They have a slightly bitter taste and are often used in savory dishes.

7. White bell peppers are the unripe fruit of the plant. They have a slightly bitter taste and are often used in savory dishes

What are the Claimed Health Benefits of Bell Peppers

Bell peppers are an excellent source of vitamins and minerals. They are particularly high in vitamins A, C, and B6. They also contain a good amount of fiber, folate, and potassium.

Bell peppers are a good source of antioxidants. Antioxidants are beneficial compounds that can help to protect the body against disease. The antioxidants in bell peppers include vitamins C and E, as well as carotenoids like beta-carotene and lycopene.

Bell peppers may also be good for brain health. The antioxidant vitamin E has been shown to protect nerve cells from damage, while the nutrient choline is important for cognitive function. Additionally, the B vitamin folate found in bell peppers can help to reduce the risk of cognitive decline with age

The Nutritional Values and Micronutrients/Macronutrients of Bell Peppers

Bell peppers are an excellent source of vitamins A and C, as well as a good source of fiber. One cup of chopped bell pepper contains approximately:

The high vitamin C content in bell peppers makes them an excellent food for boosting immunity. Vitamin C is a powerful antioxidant that helps to protect the body against infection and disease. Additionally, the fiber in bell peppers can help to promote gut health and prevent constipation.

Bell peppers are a good source of several important micronutrients, including potassium, folate, and beta-carotene. Potassium is an electrolyte that helps to maintain fluid balance in the body, while folate is important for cell growth and development. Beta-carotene is a precursor to vitamin A, which is essential for vision and immune function.

Bell peppers are mostly composed of water and carbohydrates, with small amounts of protein and fat. One cup of chopped bell pepper contains approximately:

Tips on how to select Bell Peppers

1. Look for peppers that are brightly colored and have smooth, shiny skin.

2. Avoid peppers that have blemishes, bruises, or wrinkles.

3. Choose peppers that are firm to the touch.

4. Avoid peppers that are soft or mushy.

5. If you are buying pre-cut peppers, make sure that they are free from brown spots or discoloration.

6. Peppers should be free from mold or any other signs of spoilage.

7. Make sure that the stem is still attached to the pepper.

8. The stem should be green and fresh looking, not dry or brown.

9. If you are buying whole peppers, make sure that they are heavy for their size.

10. Peppers should be free from any holes or punctures in the skin

Tips on how to store Bell Peppers

1. Store bell peppers in the fridge, unwashed in a plastic bag.

2. Peppers can last up to two weeks stored this way.

3. If you need to store them for longer, wash and dry the peppers before storing them in the freezer in a plastic bag.

4. Frozen peppers will last for up to six months.

5. To use frozen peppers, thaw them in the fridge overnight before using them in your recipe.

6. You can also store bell peppers in a dehydrator if you plan on using them for dried spices or powder.

7. Dehydrated peppers can last for up to a year when stored in an airtight container in a cool, dark place.

8. To rehydrate dried peppers, soak them in water for about 30 minutes before using them in your recipe.

9. You can also store bell peppers in vinegar if you want to make pepperoncini or other pickled peppers.

10. Peppers stored in vinegar will last for several months when stored in a cool, dark place

Tips on how to prepare and use Bell Peppers

When selecting a bell pepper, look for one that is firm and brightly colored. Avoid peppers that are soft or have blemishes.

Bell peppers can be stored in the refrigerator for up to a week. Place them in a plastic bag or container with holes to allow for air circulation.

Before cooking or eating, wash bell peppers under running water. Use a brush to remove any dirt or debris from the surface of the pepper.

Cut bell peppers open by slicing through the stem end. Remove the seeds and ribs from inside the pepper before cutting them into smaller pieces.

Roasting bell peppers brings out their natural sweetness and flavor. Cut the peppers into quarters and place them on a baking sheet lined with foil or parchment paper. Roast at 400 degrees Fahrenheit for 20-30 minutes, until the skins are charred and blistered.

Grilling bell peppers impart a smoky flavor that is perfect for summertime dishes. Cut the peppers into quarters and remove the seeds and ribs. Grill over medium-high heat for 8-10 minutes, until the skins are charred and blistered.

Sautéing is a versatile cooking method that can be used to cook bell peppers in a variety of dishes. Cut the peppers into quarters or slices and sauté over medium-high heat in olive oil or butter for 8-10 minutes, until they are tender but still crisp.

Stir-frying is a quick and easy way to cook bell peppers. Cut the peppers into thin slices or strips and stir-fry over high heat in olive oil or vegetable oil for 3-5 minutes, until they are tender but still crisp

Popular recipes made with Bell Peppers

This soup is made by roasting bell peppers, then pureeing them with chicken or vegetable broth, onion, garlic, and heavy cream. It can be served hot or cold, and garnished with sour cream, croutons, or chopped fresh herbs.

This salad is made by grilling bell peppers and red onions, then tossing them with a vinaigrette made of olive oil, vinegar, garlic, and salt. It can be served on its own or as a side dish.

Stuffed bell peppers are made by stuffing them with a variety of fillings such as rice, ground meat, vegetables, and cheeses. They can be baked, grilled, or cooked in a slow cooker.

This pizza is made by topping a pizza crust with bell pepper slices, tomato sauce, mozzarella cheese, and Parmesan cheese. It can be served as an appetizer or main dish.

This risotto is made by cooking rice in a broth made of chicken or vegetable stock, white wine, and garlic. Bell peppers are then added to the rice along with Parmesan cheese and butter. It can be served as a main dish or a side dish.

This frittata is made by whisking together eggs, milk, flour, salt, and pepper. Bell peppers are then added to the egg mixture along with shredded cheese and cooked in a skillet until firm. It can be served hot or cold for breakfast or brunch.

This quiche is made by lining a pie dish with puff pastry dough and filling it with an egg mixture made of eggs, milk, cream, salt, and pepper. Bell peppers are then added to the egg mixture along with shredded cheese before being baked in the oven until firm. It can be served hot or cold for breakfast or brunch.

This lasagna is made by layering cooked lasagna noodles with a mixture of ricotta cheese, eggs, parsley, and Parmesan cheese. Bell peppers are then added to the lasagna along with mozzarella cheese and tomato sauce before being baked in the oven until firm

1. Bell peppers are a member of the Solanaceae, or nightshade, family.

2. The bell pepper is the only member of the Solanaceae family that is not poisonous. All other members of the family, including tomatoes, potatoes, and eggplants, contain solanine, a compound that can be toxic in large quantities.

3. Bell peppers come in a variety of colors, including red, yellow, orange, green, and even purple.

4. The bell pepper is native to Central and South America but was introduced to Europe in the 16th century.

5. Bell peppers are a good source of vitamins A and C. They also contain a compound called capsaicin, which has been shown to have numerous health benefits.

6. Capsaicin is what gives chili peppers their heat. The more capsaicin a pepper contains, the hotter it will be.

7. Bell peppers are usually harvested when they are fully ripe, which is why they are often sold in supermarkets with their stems still attached.

8. Green bell peppers are actually unripe red bell peppers. If left to ripen on the vine, they will turn red (or yellow, orange, or purple).

9. Red bell peppers have more vitamin C than green bell peppers. They also contain lycopene, an antioxidant that has been linked to a reduced risk of cancer and heart disease.

10. Orange and yellow bell peppers have more beta-carotene than other colors of bell pepper. Beta-carotene is converted into vitamin A in the body and has been shown to have numerous health benefits.

12. Bell peppers can be eaten raw, cooked, roasted, or pickled. They can also be used in a variety of dishes, including salads, soups, stews, stir-fries, and casseroles. 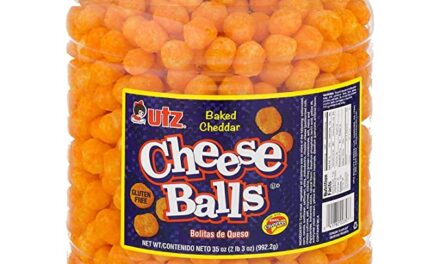 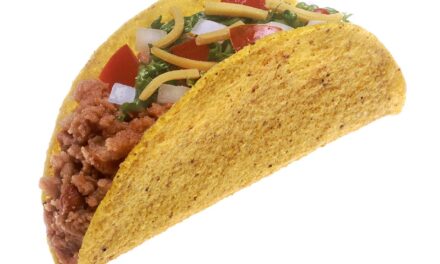 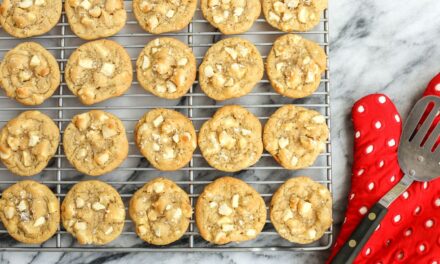 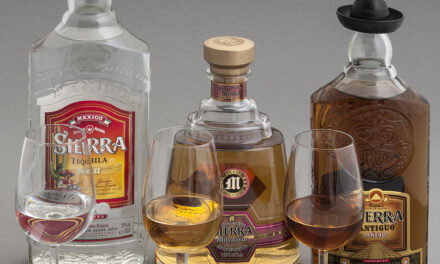