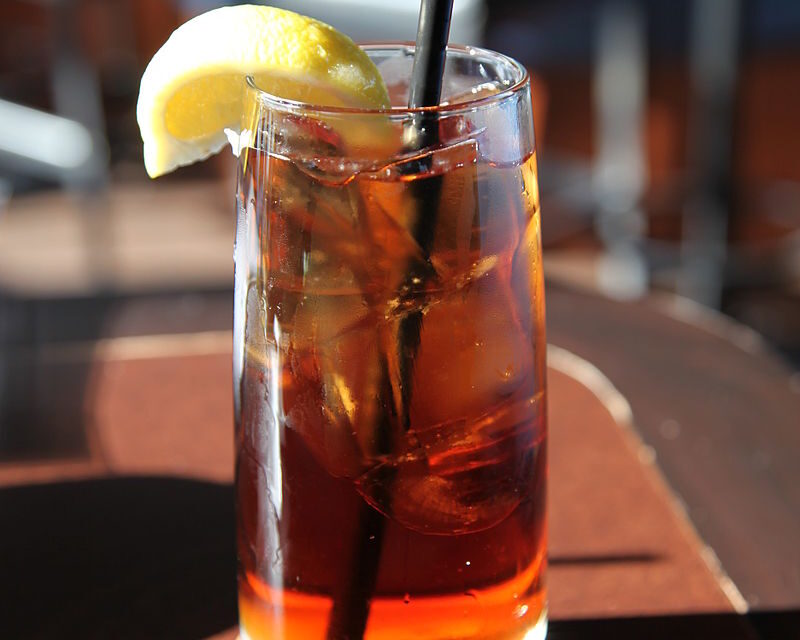 Sweet tea, also known as sweet iced tea, is a popular style of iced tea commonly consumed in countries such as the United States (especially the South) and Indonesia. Sweet tea is most commonly made by adding sugar or simple syrup to black tea either while the tea is brewing or still hot, although artificial sweeteners are also frequently used. Sweet tea is almost always served ice cold. It may sometimes be flavored, most commonly with lemon, but also with peach, raspberry, or mint. The drink is sometimes tempered with baking soda to reduce its acidity. Although sweet tea may be brewed with a lower sugar and calorie content than most fruit juices and sodas, it is not unusual to find sweet tea with a sugar level as high as 22 degrees Brix, or 22 g per 100 g of liquid, a level twice that of Coca-Cola.

Sweet tea is regarded as an important regional staple in the cuisine of the Southern United States and Indonesia. The availability of sweet tea in restaurants and other establishments is popularly used as an indicator to gauge whether an area can be considered part of the South.