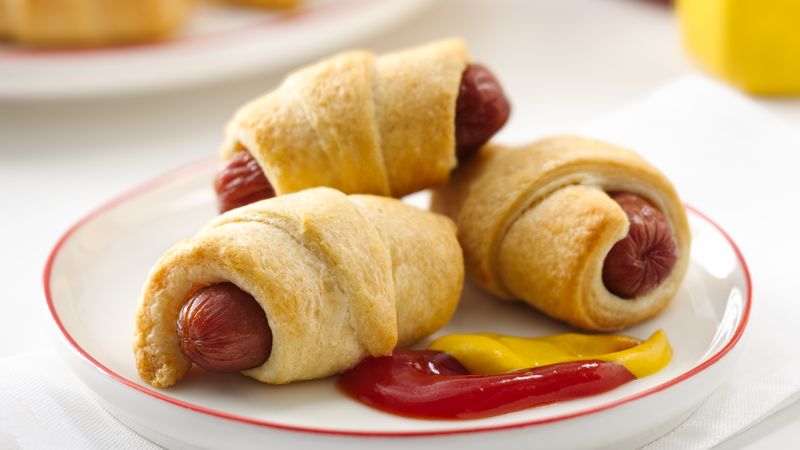 In the United States, the term “pigs in a blanket” typically refers to hot dogs in croissant dough, but may include Vienna sausages, cocktail or breakfast/link sausages baked inside biscuit dough or croissant dough. American cookbooks from the 1800s have recipes for “little pigs in blankets”,[3] but this is a rather different dish of oysters rolled in bacon. The modern version can be traced back to at least 1940, when a US Army cookbook lists “Pork Sausage Links (Pigs) in Blankets”.[4]

The dough is sometimes homemade, but canned dough is most common. Pancake dough is also sometimes used, although this combination is more commonly served like a corn dog and sold as a pancake on a stick. The larger variety is served as a quick and easy main course or a light meal (particularly for children) at lunch or supper while the smaller version is served as an appetizer. In Texas, kolaches or klobasneks are a similar dish which originates from Czech immigrants. The meat or savory part, often a sausage but not always, is wrapped in kolache dough and not croissant dough. This dish in Texas is most commonly referred to as “kolaches”. Traditional Czech style kolaches however are a sweet dish and not a savory dish.

Try this recipe from Pillsbury! 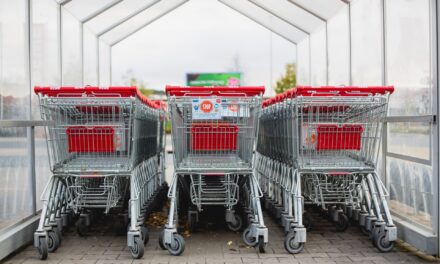 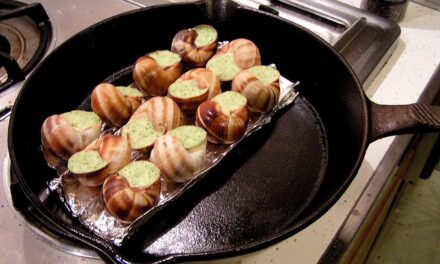 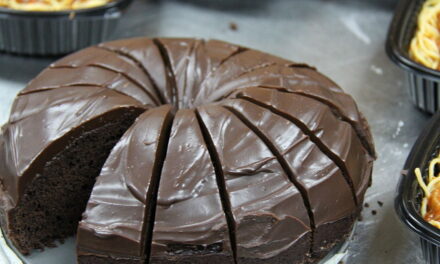